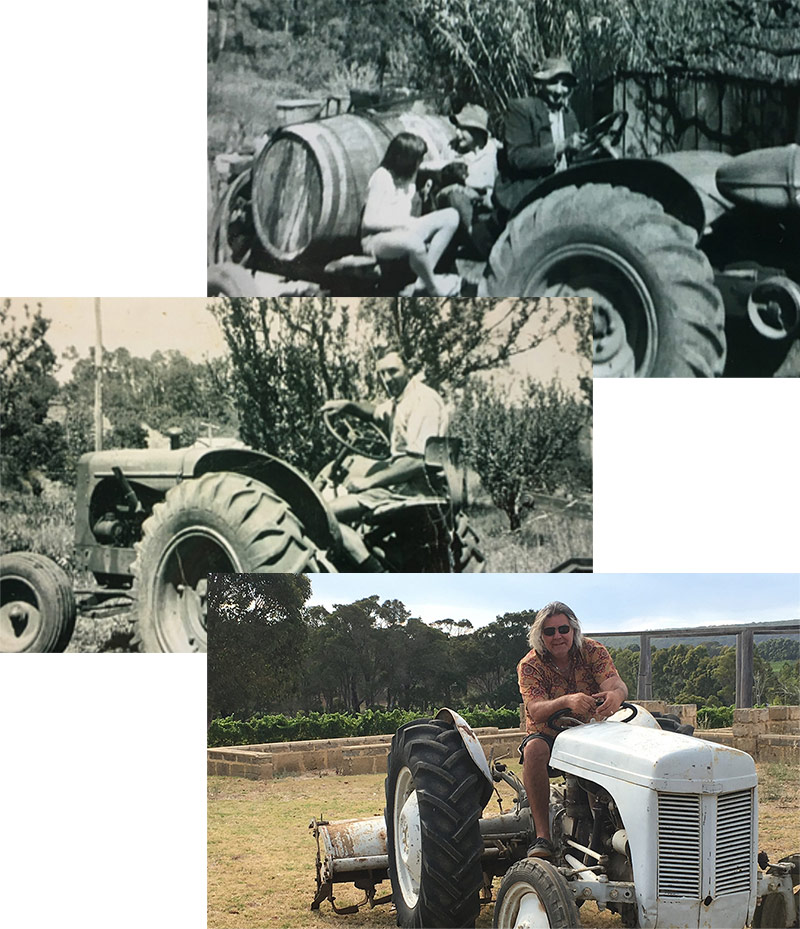 HOW IT ALL BEGAN

Nicola Del Borrello was born in Italy in 1896, in 1927 he decided to seek a better life for himself and his young family, leaving his wife and four children behind in Italy he went looking for work in Australia. After a three-month long boat ride, Nicola finally arrived in Australia. Unable to speak any English, he worked in a few odd jobs and began English lessons from a local school teacher, paying a shilling per lesson.

Nicola was one of the first settlers in the Perth Hill region, settling in Roleystone on Two Brooks Vineyard and Orchard. He rented the property at first, until he was able to buy it.

Once settled Nick finally brought his family out from Italy to join him in 1935. At that time the ‘Two Brooks’ site was mostly uncleared, but over the coming years the land was cleared and planted with grape vines and fruit trees.

His sons worked on the Vineyard and orchard with him. The youngest of the three, Ted Borrello spent every weekend, school holiday and after school time working on the Vineyard. Learning skills that would be soon past onto his son Carl Borrello.

Carl and his wife Carla set off to the premium wine growing region of Margaret River and established ‘Down to Earth’, a grape growing viticulture company in Margaret River. It was here our team developed, managed and acquired a large collection of vineyards across Western Australia. Our viticulture team pushed the limits to achieve the best quality produce for each site and season. But we began to grow envious, believing some of the parcels of fruit we had created were too good to give away. So, we decided to start turning our best parcels into quality wines so we could see the fruits of our labour.

Our team has an intimate knowledge of how to produce quality grapes based on the variety, growing conditions and the state of the soil. We use this knowledge when selecting our favourite parcels right before we harvest to ensure our wines represent the best of what our land has to offer.

Being a group of growers, vignerons and friends with over four generations of growing experience, we believe in the importance of quality fruit. This passion has inspired our winemaking process which focusses on natural, low intervention techniques to ensure the wine reflects the true characteristics of the chosen varietals.

With an intimate knowledge of how certain vines perform in different vineyards, we keep track of the best grapes as the season progresses. We then select our favourite parcels from our wide range of vineyards across WA right before harvest. This gives our Head Winemaker access to the highest quality grapes to ensure on the best goes into our wine.

We are inspired by natural, low intervention wine making techniques and focus on quality over quantity, ensuring all wines meet our incredibly high standards.

LEARN MORE ABOUT US

The South West is ideal for producing high quality grapes, with some of the most ancient exposed land in Australia, fine particles of sandy soils and gravelly loams that are low in nutrients.